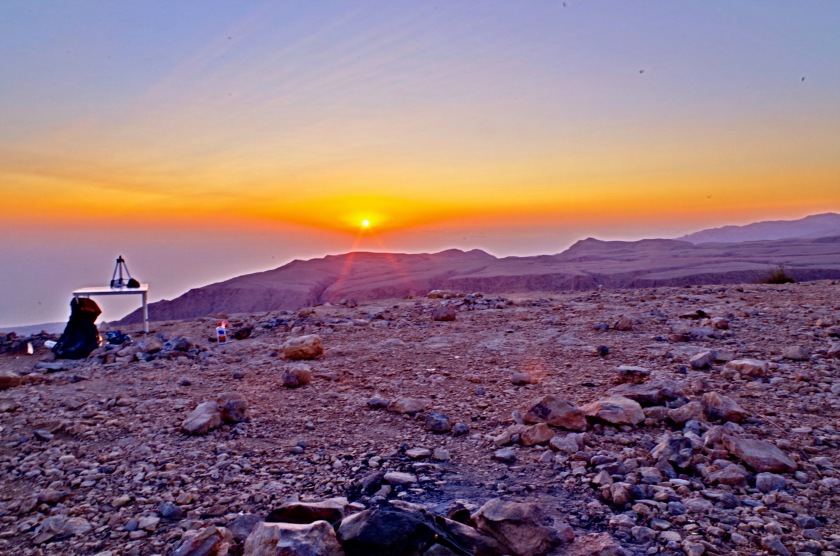 For a real off-road adventure, a trip to Salmah Plateau offers a great mix of panoramic views, traditional villages and sights such as the Beehive Tombs of Al Jaylah/Shir or the entrance to Majlis Al Jinz, one of the largest cave chambers in the world.

The Lonely Planet Oman, UAE and the Arab Peninsula guidebook contains a section with general information regarding Selmah Plateau. More detailed information can be found from traveller blogs who have visited.

According to D. Michael, “Reaching the Salmah Plateau and beyond is no walk in the park. Two hair-raising tracks, that didn’t even exist a decade ago, give access to Salmah Plateau from the seaside Route 17 between Muscat and Sur. The tracks feel little more than goat trails carved into the side of the mountain, but over the years improvements have been made to both tracks to better control the rate of erosion to the tracks during rains. Nonetheless, a proper 4WD with selectable low-range is required to grunt your way up the mountain, and safely back down”.

Exploring the area will require a GPS due to the lack of signage. In our trip we used a Garmin eTrex 10 and downloaded an offline map using the Google Maps application. A blog post from Claire included a number of coordinates that we used and offered us good advice on how to plan our trip.

If you are visiting in the winter months, make sure you have plenty of fire wood and warm clothing as it can get very cold at night.

We went there on a Suzuki Vitara 1.6L 4×4 but almost got stuck on the final steep incline of the ascent due to the surface degradation. With the help of some fellow travellers we eventually made it to the top. Therefore we would highly recommend that you use a proper 4×4 and have plenty of off-road driving experience before attempting the ascend.

We arrived at the top an hour before sunset and found a camping spot facing the sea with a tremendous view of wadi Fins. The next morning we charted an exploration route using the offline google map we have downloaded previously and used a handheld GPS due to the fact that there was virtually no mobile signal anywhere.

The combination of Garmin eTrex 10 and google offline maps offered us a reliable navigation tool and we managed to avoid getting lost or wandering off on the wrong direction. However, the road network in this area is not very extensive. By studying the offline map you should be able to mark the turn-off for the various attractions around the plateau.

The main attractions of Selmah plateau are marked on google maps (incl. Majils Al jin, Jaylah Beehive tombs and others). However, driving around is an attraction in itself. The landscape makes you realise that this is one of the most inhospitable places on earth, yet you are driving towards/from pre-historic tombs which speaks for the resilience of humankind.

Driving around felt like exploring Mars without a space suite. The geology of the area is fascinating to say the least. This mountain range evolved separately from the western Hajir. Erosion is the master here, it painted the landscape and hollowed out the caves. Majlis Al Jin, one of the largest cavern systems in the world is the masterpiece. But due to its remoteness and association with jin, it sadly does not get the attention it truly deserves. Arriving at the cave entrance, a 120 m drop into darkness, we were greeted by children selling dried herbs (zaatar). There was an eroded sign from the ministry of tourism which had useful information about the cavern system.

In addition to geology, Salmah plateau will surprise you with the amount of animal and wild life. You will find yourself stumbling upon goats, donkeys and camels as you drive around the barren landscape. And if you are lucky you will spot a vulture or two.

A visit to the plateau will not be complete without wild camping. There are various camping spots that face the sea, and others off-track from the beehive tombs.