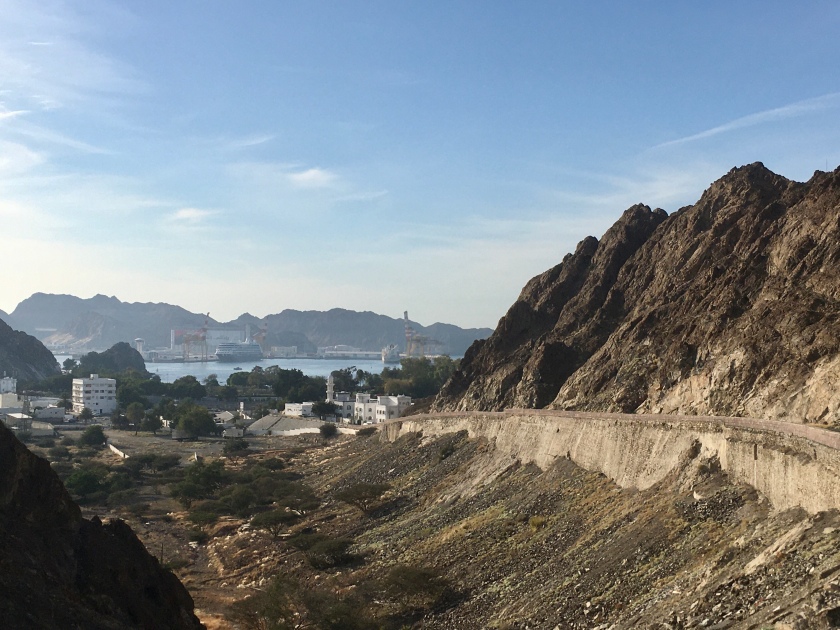 The New York Times describes Geocaching as modern treasure hunts for the whole family. It is a hobby that has developed only since May 2000, when President Bill Clinton announced that intentional degrading of signals received by civilians end, making their GPS devices more accurate. Almost immediately, geocaching sprang up as a high-tech treasure hunt among a few enthusiasts in search of not-very-valuable trinkets and more precious bragging rights. It’s evolved since into a family- and budget-friendly adventure, a chance for Mom and Dad to do something with their children before being officially declared “uncool.” And the only equipment needed is something most parents and kids already have, a smartphone.

After reading about Geocaching I downloaded the application on my smartphone and I was ready to go. The first location was a ruins near where I lived in Bowshar. This was arguably the best place to start Geocaching, it was secluded and there were not many “Mugglers”. According to Urban Dictionary; Muggle – A non-geocacher. Based on “Muggle” from the Harry Potter series. Usually this term is used after a non geocacher looks puzzled after befriending a geocacher searching for a cache, or when a non-geocacher accidentally finds a cache. It is very common to see the following comment when searching for a Geocache:

” Beware of the mugglers in this location, better relocate or stash the cache somewhere else.“

After the thrill of my first Geocache I started scouting for my next one. I found one near Muscat Expressway that was not far from my work. This one, however, was not as easy as the first one. I had to park my car on the hard shoulder and trek through a construction site to get to it. The geocache itself was placed in a precarious location and not having the appropriate footwear could be dangerous. The reward was a beautiful scene of the city, and a reminder of the rapidly developing construction projects taking place in and around this city.

My third geocaching trip took me to Alghubra Park. Finding the geocache in this spot was not a walk in the park as I expected. This place was muggle central, I probably looked very suspicious trying to find the geocache discreetly. Next to Alghubra Park is the Chedi Hotel. Another geocache was located near the beach very close to the hotel grounds. I reported this as a Did Not Find (DNF) because it was probably underwater, due to the high tide, plus the security guard from the hotel got suspicious of my activities.

In addition to single geocache’s, one can also follow routes that are marked with a collection of geocaches. The fourth geocache was the Riyam to Muscat via the old road. There were a series of geocaches (8 in total) that could be collected by foot or on vehicles. We opted for the vehicle option due to the hot weather and we only managed to find 2 out of 8. Despite the low count of geocaches it was an amazing experience. After all, this is a historical road that is part of the story of old Muscat.

In conclusion, there is no doubt that Muscat could be an amazing place for geocaching. Thanks to active users, Camel Master and TrueGeo in particular, many tourist have been geocaching in and around Muscat. So far we have seen limited engagement from the locals. However, given the rate that this hobby is growing worldwide, it would be a matter of time.

This technological treasure hunt with it’s etiquette and rules makes a strange but exciting mix. Each cache was a unique experience, and deserved its own story. Even though I lived in Muscat almost all my life and thought that I know the place well, Geocaching showed me new places and taught me new things.

If you are interested in Geocaching please get in touch